His special areas of emphasis include labor and employment disputes, education law, construction matters, and general business counseling and private dispute resolution services. He has extensive experience as a trial and appellate advocate and, in addition, as a respected arbitrator-mediator. He has prosecuted jury cases to verdict and well over 100 arbitration claims to hearing and final adjudication.

Bo regularly volunteers as a pre-arbitration settlement panelist for the San Francisco Superior Court. He also serves as a Mediator and Early Neutral Evaluator for the United States District Court for the Northern District of California.

In the area of Education Law, the firm will not be undertaking new representation for students and parents from March - December of 2018.

In addition to practicing with Slote & Links, Bo serves as the Legal Editor for California Lawyer magazine, where he edits the monthly continuing education feature (MCLE) as well as the "Expert Advice" and "Client Relations" columns. He is also the co-editor of the Civil Rights Module of the California Civil Practice Series published by Thomson Publishing Company.

Bo has practiced law in San Francisco for 35 years. He joined the firm of Jacobs, Blanckenburg, May & Colvin in 1974 and the firm became Colvin Martin & Links in 1979. In 1986, he joined the Law Offices of Harold S. Dobbs, which later became the firm of Dobbs, Berger, Molinari, Casalnuovo, Vannelli, Nadel & Links. From 1992 to 2008, he practiced with Berger, Nadel & Vannelli as Special Counsel and then joined Kauff, McClain & McGuire, a national labor and employment firm. In 2009, he joined his longtime friend and colleague Adam Slote to form Slote & Links.

Bo is a native San Franciscan, having graduated from George Washington High School (1967), UC Berkeley (1971) and the UCLA School of Law (1974). While at Berkeley, he earned Phi Beta Kappa honors. During law school at UCLA he participated in the Moot Court Honors Program and was selected for the Roscoe Pound Advocacy Team. He is a member of the State Bar of California, the Bar Association of San Francisco, the American Arbitration Association, and is admitted to practice in all state and federal courts in California, as well as the Ninth Circuit Court of Appeals and the United States Supreme Court.

Bo is a widely acclaimed golf author and golf historian. His two books, "Follow the Wind" and "Riverbank Tweed & Roadmap Jenkins: Tales from the Caddie Yard" have engaged golfers around the world, and his essay, Return to Glory, chronicles the effort to save San Francisco’s Harding Park Golf Course and restore it as a championship venue. He also wrote "More Than A Game," also an extended essay, about the 2009 Presidents Cup matches at Harding Park and also about the establishment of a First Tee facility at a San Francisco Middle School. Mr. Links is also a two-time winner of the golf architecture contest sponsored by the Alister MacKenzie Society (it is an international competition intended to showcase promising architectural talent in the tradition of the original Lido Design Prize captured by Dr. Alister MacKenzie in 1914 – a feat which launched one of the legendary careers in the history of golf course architecture.) Mr. Links is the only two-time winner of the competition ("2007", "2008"). Bo is co-founder of the San Francisco Public Golf Alliance (www.sfpublicgolf.com) and is one of the leaders in the movement to save Sharp Park, the Alister MacKenzie course in Pacifica, just south of San Francisco. Knows as "the Poor Man's Pebble Beach," the course has been threatened by environmental issues, but remains one of MacKenzie's greatest creations: a former salt marsh that was transformed into a memorable (and beautiful) golf course that has been a hub of local activity for 80 years. 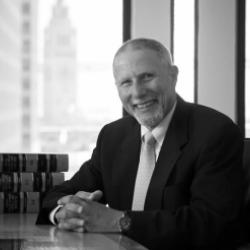